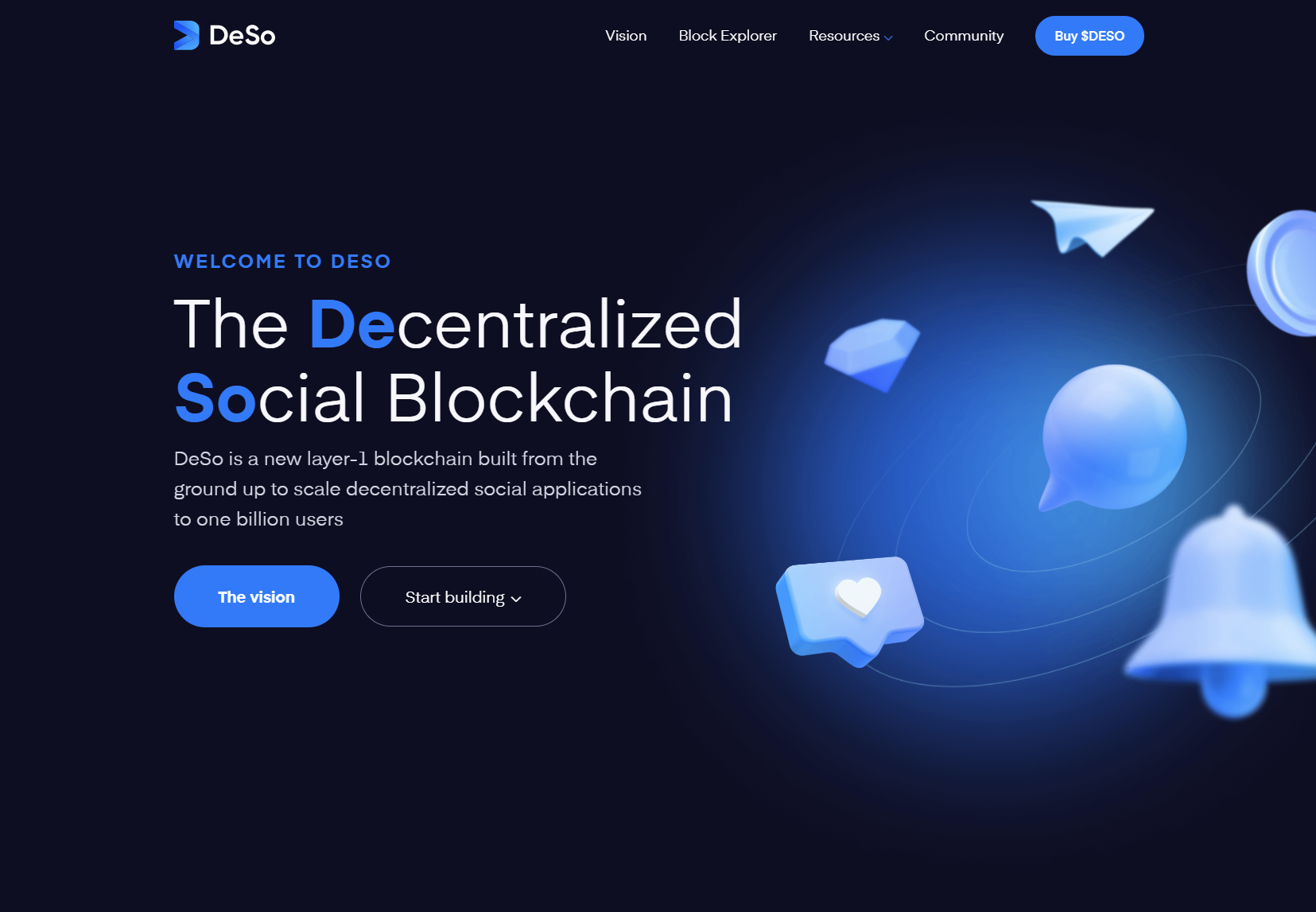 BitClout founder Diamondhands told the community there is a new update coming soon and came back to announce a complete rebranding of the BitClout blockchain. It is now called DeSo standing for Decentralized Social Blockchain.

One of the main take aways I got from looking at the new changes is BitClout is just one application on the DeSo blockchain and they wanted more separation between the token and their core application. Currently there appears to be over 100 apps built on Clout that will move to DeSo as everything migrates over.

One of the big recent updates of BitClout was the launch of NFTs. If you have been using BitClout you probably have noticed your feed dominated by NFT posts, in fact I have found it has overwhelmed most other status updates. Rumors are this will be fixed by putting NFTs into their own section. Right now it is hard to weed through the NFTs to get to real social media updates.

If you look up Clout on CoinGecko, you will find it has already been updated to DeSo.

Another thing you might notice is the total supply is very close to the max supply already. There is very little room left to mint new tokens. The max supply is 10.8M and 10.532M are circulating already.

While there are 275,000 tokens allocated to "mining", the majority of the tokens were distributed during the launch phase.

You can still access BitClout via https://bitclout.com and you can already see the primary token has already changed to $DESO. 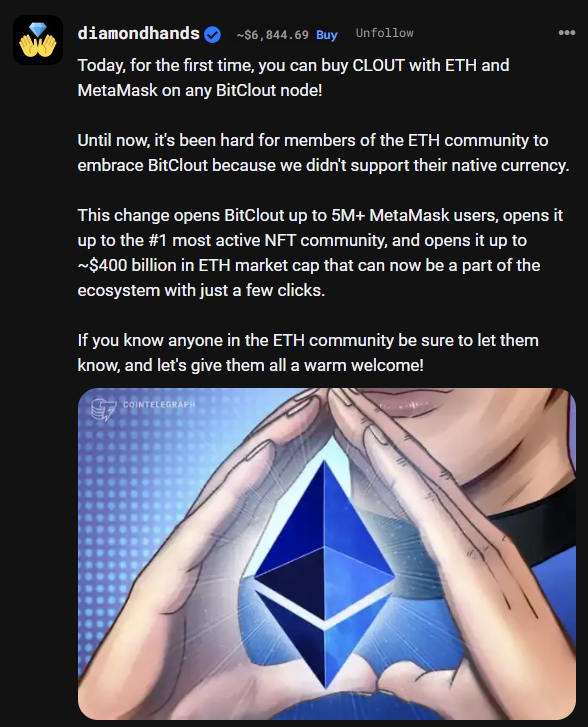 I noticed an update earlier from the founder DiamondHands that you can purchase Clout via MetaMask on Ethereum directly on BitClout.com.

Another big announcement is the founder DiamondHands has disclosed his identity as Nader Al-Naji. 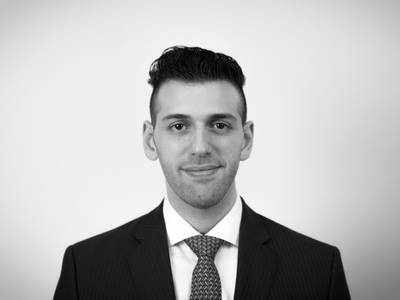 His identity being hidden has been a major point of contention with a lot of people in the industry. You can read more about this announcement in the CoinDesk article.

Images are from Deso.org, CoinGecko, and CoinDesk article as listed.

Well I hope theirs a way to claim a name if someone else already took it... Will be interesting to see what other social aspects they start rolling out with as social media does need a good centralized system with more applications on it.

Even with the rebranding of the token, the project still has some major red flags: https://peakd.com/@vikisecrets/is-bitclout-a-scam-i-tested-the-new-crypto-social-media-bitclout-but-hesitate-to-invest-here-is-why-5-red-flags

Yes, the biggest red flag was you couldn't trade or withdraw your tokens.

Is that still the case? I haven't looked at this project much.

I think they are listed on 2 exchanges.

Could this be the end of traditional social media platforms?

I guess BitClout has some major potential.

This was an interesting response to the announcement:

"Make no mistake: this was no $200 million funding round.

It was an early access token sale with retail interest tacked on the end — the intended marks in one of the more outlandishly greedy acts of decentralization theater in recent memory."

Good afternoon. Maybe the time will come and we will find out the true history of the origin of bitcoins. And who is the real leader of this unique project that went down in history. Thank you for message. Have a nice day and all the best. 🙏

hey, that is a name I can jive with.. Personally, I HATED bitclout as a name for a product. LoL

Somehow I got 0.01 DESO and was finally able to update my profile https://bitclout.com/u/DKSArt

How to make a Billion fast with a rebrand. Nice.

I read about the Deso too. Lol what a shitcoin, but that's what marketing and presale mafia can do :D

I'm trying it out. After the first day where everyone invests in you and welcomes you, it feels a bit lonely. The speculators sell your coin, and unless you write about $DESO, the mods don't promote your content to the one-and-only feed (other than the people you follow), so surfacing your content is well-neigh impossible. There are no tags, no communities. I suppose that will all come. It is pretty addictive seeing people invest in your creator coin and have the price go up.

The trick is to get your content on Global, but there is no secret to doing that as they choose what they think fits. The other secret is to build a following, that's key (like any other social media). The more followers, the less dependent you are on Global.

There are certainly some interesting dynamics to BitClout, I especially like the concept of creator coins and how you can invest in individuals based on how well you think they will do. It's a different system with near zero inflation.