Bitcoin: Showing The Power Of A DAO

Much is written about the decentralized autonomous organization (DAO). This is something that many look at in theory but we see the power happening right before our eyes.

Bitcoin was termed the world's first DAO by many. It is by far the largest one. Since its inception 12 years ago, the entire ecosystem spread out, putting the control in more hands. Actually, a more accurate way of looking at it is that this gave less control over the system. Each day, Bitcoin is supported by hundreds of thousands of people around the world in different ways. The most obvious is the miners who support the system. They provide the validation, ensuring that money isn't double spent and all transactions occur without a hitch.

This happens 24 hours a day, 7 days a week. Bitcoin just keep trudging along no matter what happens. That is the power of a DAO. Regardless of what takes place, it keeps operating.

Of late, we saw a major portion of Bitcoin coming under attack. The Chinese government is no small foe. It is hard to argue against the power this entity can wield. The government is a major player on the world stage as well as authoritarian within its borders.

Here the political establishment decided that Bitcoin mining was to be a no-no within the country. This is something that ended up causing a major issue throughout the Bitcoin world. Nevertheless, this was a problem of reaction, not really of the operation of Bitcoin.

As miners were taken offline, things just kept moving along. Transactions were validated and blocks produced. Anyone wanting to transfer money could do so.

A potential challenge to the system was the hashrate power that the Chinese miners produced. While nobody knew exactly how much mining power they controlled, some placed it still over 50%. Whatever it was, that figure is dropping quickly due to the government's actions.

Of course, many feel that something like that could cause a collapse. While hashrate did drop, it was not really to any degree that was out of the norm. In fact, it is perfectly in line with a major market pullback.

As this chart shows, it is all in the natural ebb and flow. Overall, hashrate increases yet there are period where it does slow down some. The Chinese crackdown obviously has some impact but did not kill the system.

This is the general characteristic of a DAO. It is resilient regardless of what is thrown at it. Since it is decentralized and autonomous, it just keeps going. Also, if there is a problem in one area, the rest of the entity doesn't stop.

With the decreasing in mining coming out of China, rigs are being moved to other parts of the world. Many are seeking to attract those companies, including the Mayor of Miami and President of El Salvador. At the same time, other companies are setting up major mining farms in places like Texas and California.

Resiliency comes from being spread out. Think of an economy that not resilient. This is one that is concentrated in only a couple different areas, say fishing and minerals. If the demand for those two areas declines, the economy crashes.

With a DAO, the key is to keep moving further out. If China was in control of 95% of the hashrate of the Bitcoin network, there might have been problems. It was not. Even if the presumption that it produced more than half the hashrate, the fact the system did not hiccup shows the resiliency of a DAO. The idea of stopping it is being disproven each day.

We are now just starting to get confirmation at the power of this structure. It is something that we will see adopted a lot more over the next couple decades. This is not something that is going to disappear. Unlike corporations which tend to be non-resilient, a DAO can keep operating even under the most trying of circumstances.

For all the FUD and noise that were tossed Bitcoin's way over the last decade, nothing changed in the operation of the system. There were no hacks, shutdowns, or catastrophic event that put it in jeopardy. Instead, it was like that bunny that just keeps going. 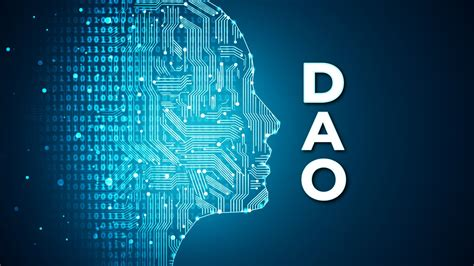 Since we have verification of the validity of this structure, it is time to start developing more in this area. The idea of a community of people developing their own DAO which they run opens up enormous opportunities. One of the major aspects to Bitcoin is that nobody owns it. As the network expands and grows, it gets harder to control.

Think about the potential of a business that is built in a similar fashion. Over time, it just gets more resilient as people join the network. Since it is decentralized, there is no entity in control, hence no single point of failure. As the years pass, the community adapts and expands the network as it sees fit. Through the newer iterations, more people are attracted. This only serves to spread things out even further.

Each week, people show up to do what is required for the network. They are rewarded for their efforts. The stakeholders all participate in an effort to keep things growing. It spreads globally, benefitting millions of people.

Also, the entity cannot be taken down by any centralized entity. Since people are running the software all over the world, the network stays online. This allows users, who also have stake in the enterprise, to utilize the system for its designed purposes. As long as it is in line with the operations of the system (i.e. the code), there is nobody who can say "no".

DAOs are evolutionary in nature. Like any complex organism, over time, they expand into many different areas, often unforeseen. This is a benefit more than a fault since the evolution will proceed in ways that only make the system stronger. Again, no one entity or aspect takes over.

The DAO structure could be one of the most powerful things we saw created. When compared to a corporation, it is a lot more resilient. It is possible we see a day when a cities robotaxi network is nothing more than a DAO. The stakeholders are the ones who will utilize the system while also benefitting in the different ways offered, including financially.

Now picture millions of these around the world providing every service imaginable. How much more resilient will our economic systems be then?

It is time to start tapping into that power. Bitcoin is showing us the way.

If you found this article informative, please give an upvote and rehive.

I think there will still be centralized entities in the future but there will be the option of decentralized. It probably has more to do with how the projects are run and maybe if we can show the advantages of decentralized, then it can become dominant. The reason why is because it is much easier to get something started as a centralized application and move to decentralized afterwards.

Hey @taskmaster4450, here is a little bit of BEER from @tonytrillions for you. Enjoy it!

Do you want to win SOME BEER together with your friends and draw the BEERKING.

Congratulations @taskmaster4450! You have completed the following achievement on the Hive blockchain and have been rewarded with new badge(s) :

While I agree DAO's have incredible potential in the future, I think we're a long way from seeing it materialize. Bitcoin, for instance, has less than 1% of the world's population involved and it's been around for well over a decade. That said, technology definitely does accelerate at an increasing pace once it gets going so....maybe we'll start seeing another evolutionary jump in our lifetimes.

Personally, I think the next bull cycle for bitcoin will start to show real mass adoption and then maybe the following one there could be some innovation into real-life DOAs. So, 10 more years....stranger things have happened.

Because this is such an awesome post, here is a BBH Tip for you.

. Keep up the fantastic work

After reading this post, I was thinking that the Internet operated like a DAO from its Cold War origins until the social media and Web 2.0 took hold. Since then, it seems to me that WWW and the Internet stopped operating as a DAO.

Maybe the Internet was never a DAO, but it seemed to operate like one (especially in terms of resiliency).

sounds good, in fact with China banning btc mining, the network got much more resilient as the centralization of mining in one country will decrease showing how a network like this only gets stronger with time

When ever I am not feeling good about the markets all I have to do is come here and read a @taskmaster4450 post.

Thanks for keeping me grounded and on the straight and narrow.

Bang, I did it again... I just rehived your post!
Week 61 of my contest just started...you can now check the winners of the previous week!
6
$0.00
2 votes
Reply