I am alive challenge / one day as a shark DAY 13

sharkthelion (64)in We Are Alive Tribe • 2 months ago 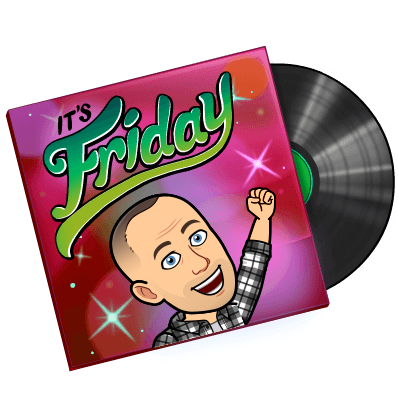 I worked in the morning, then I chilled for a bit and kinda did whatever I want because I can do that. That's one of the perks of being a childless adult, I suppose. Whatever I want to do is what I do, most of the time. I watched the Leo AMA, which is always pretty interesting. There was tons of music played today as well. In the even, I made dinner for me and my wife. That'll bring me to the next section.

What? Food update? I don't know... I had to call it something.

In an effort to figure out something to make without going to the store, I figured out that we had the ingredients to make a Thai-style curry. I do not claim to be an authority on authetic Thai food by any stretch of the imagination. What I do is basically mix coconut milk, some broth, and curry paste from a can. I cooked the pork loin chop in my Cinder grill, which is basically like a sous vide but without water. I got it cooked evenly to just about 115ºF and then I chopped it into small chunks and air fried the pork with the frozen vegetables. When those were done, I added them to a pot with the coconut milk, curry paste, and broth. I cooked it just for a few minutes to let the flavors say what's up to each other, then served it over cooked brown rice. About 10 minutes later, when it was not hot enough to peel the roof of my mouth right off, I dug in and it was good. I didn't take a photo of the after product because a> I forgot and b> sometimes curry just looks like something someone puked up. It's good, but it's not photogenic. haha, sorry for that image. I play Splinterlands as @golden-fang. I am currently renting out my personal collection on another account. The more the value of the cards goes up, the less I feel like advertising which account it is that rents out the cards. haha. I'm also considering just locking all of them. That would protect them from myself as well as anyone else. If I get tempted to sell them, I wouldn't be able to for however long I locked them for.

Today I went through my rentals and adjusted more prices. When I first listed them, I put the % rates at or above 20% sometimes. When the rentals first started, the rates were a little higher. As more competition entered the market, the prices started dropping. It only makes sense. Plus, the value of DEC is rising.

I like that PeakMonsters will show you clearly how many days it's been since it was played or rented. If you see it's just sitting there forever, it's probably smart to just lower the price.

In a way, I just want all of the cards to be rented out, even if some of them aren't making that much money. Every little bit they make is profit in my eyes. The value of the collection keeps going up, and being able to rent it out smothers any sort of dumb ideas my brain my try to cook up about selling the collection because of the increasing value.

Splinterlands is growing quickly, but I still think we're in the very early stages. I think that the Untamed and even soon the Dice cards will be difficult to find on the market at all. Newer players will likely only be able to play some of those cards by renting. Having those cards in your collection is a great investment, though this is not investment advice.

The game is fun to me, but I can't realistically play it all the time. That's why it's nice to just step back, let other people benefit from the powerful cards I've collected, and just do that until I get the urge to compete again. I should really pay attention to battles I'm not playing in and take some notes. Strategies are changing since when I was able to make it to Champion I league... which was well over a year ago at this point. I sold my first (really awesome) collection in early 2020. If I hadn't sold that, I think just those cards alone would be worth over $30k today. They were valued at around $8k when I sold them.

I've been upgrading my cards pretty much every day for a while, but that might have to be paused for a moment. I'm going to probably let the DEC accumulate for a bit and then figure out what to do with it depending on the cost of it. If the value of DEC goes back down to where it's "supposed" to be, I might invest in the DICE packs again. With the price being so high, I'm tempted to sell it and stock up things that are much lower in price like LEO and even CUB. I shouldn't even pretend to make solid plans. I change them all the time.

Got some decent quest rewards

I had a Death Splinter quest today. Originally, I was trying to get to Gold III before I claimed the rewards, but at this point I'm nearly slipping back down to Silver II. I decided to just go ahead and claim the rewards. Even though I got fewer rewards, I'm pretty happy with these. A gold card is always welcome, 55 DEC is a lot better than 5 DEC, and a rare card is also always welcome.

I play Rising Star as @scootermcd

This may be fixed by now, but earlier today, when I was on the page for the World Festival Tour, it wasn't showing that I had any wristbands. On the NFMart site, they show up. I'm definitely planning on collecting all of the wristbands.

My focus today was just a lot of lessons. That gets the ego down and it also adds up XP points pretty quickly. My goal is still to get to level 65 so I can do the next mission. At the time of writing, I'm only about 1/3 of the way to level 61. It'll take some time. That's part of the fun of the game, though. It's perfect for lazy people like me. I only have to do something every few hours to be playing it all day. Goodnight from me and Stella T. Dog! $0.00
Reply
[-]
poshtoken (71) 2 months ago
The rewards earned on this comment will go directly to the person sharing the post on Twitter as long as they are registered with @poshtoken. Sign up at https://hiveposh.com.
$0.00
Reply